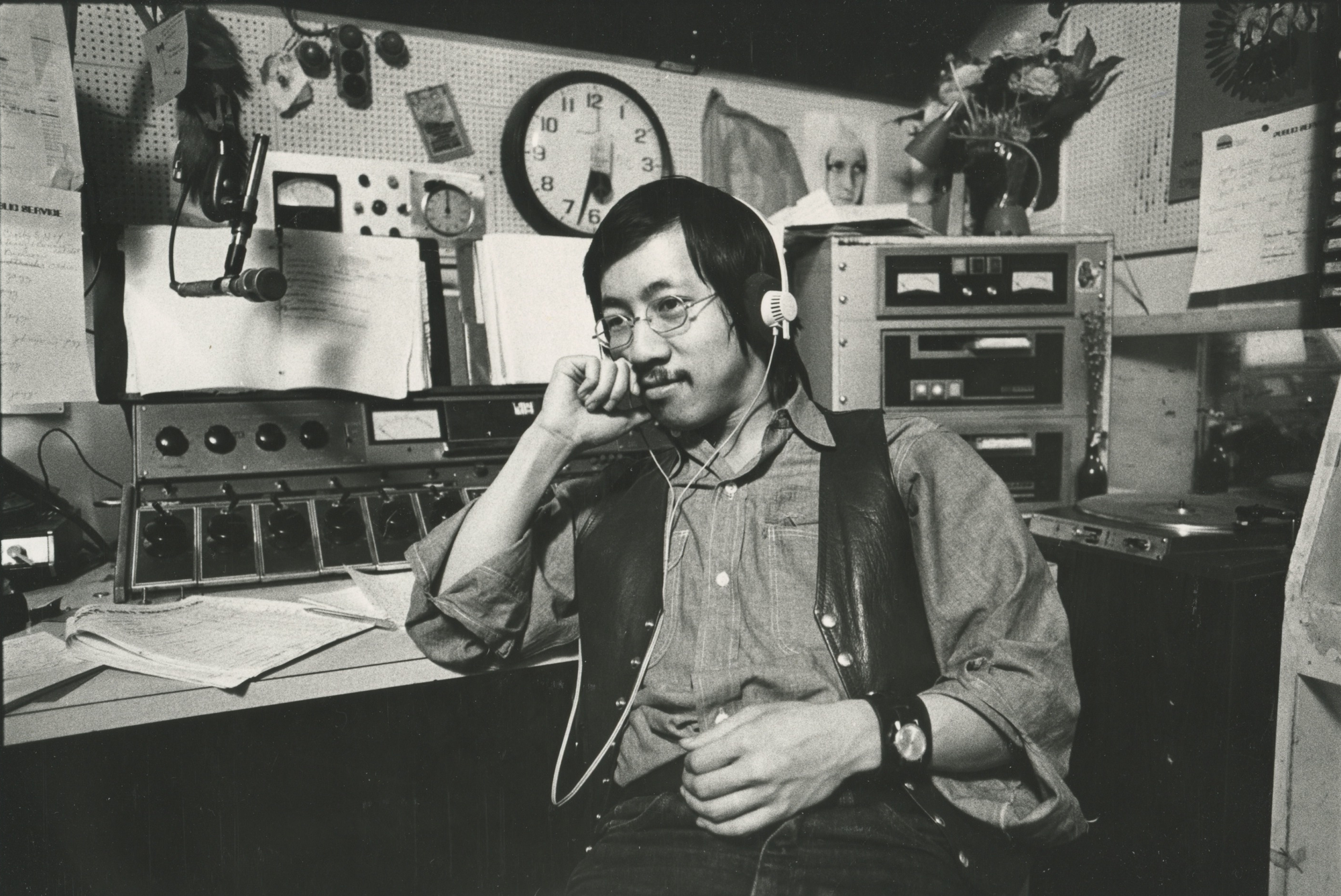 Ben Fong-Torres was born in Alameda, California, in 1945, and raised in Oakland's Chinatown, where his parents owned a restaurant. He attended San Francisco State College from 1962 through 1966, majored in Radio-TV-Film and served as a reporter and editor of the campus daily.

Ben was also a weekend DJ on KSAN from 1970 to 1980. He wrote and narrated a syndicated radio special, San Francisco: What a Long, Strange Trip It’s Been, which won a Billboard Award for Broadcast Excellence. He was the host of KQED-FM's live, weekly arts show, Fog City Radio, and in 2016 created Moonalice Radio, an online station for the jam band. He programs the music and does a DJ show, 9 to 12 am and pm.

Ben has co-anchored KTVU-TV’s coverage of the Chinese New Year parades since the Year of the Ox – or 1997. He and co-anchor Julie Haener have won four Emmys.

Also on television, Ben did profiles on Evening Magazine in 1977, and, in 1982, went to China as scriptwriter for a special, Cycling Through China. His most unique TV credit was his 1993 appearance on Wheel of Fortune. Over three nights, he won some $99,000 in cash and fabulous prizes. He also appeared on the nationally syndicated Your Big Break in spring of 2000, doing an impersonation of Bob Dylan.

Ben left Rolling Stone in 1981 and has since written for dozens of magazines, including Esquire, GQ (where he was pop music columnist for three years), Parade, Playboy, Sports Illustrated, Travel & Leisure, American Film, TV Guide, Harper’s Bazaar, Billboard and The Hollywood Reporter. He wrote the main biographies for People magazine’s tributes to Jerry Garcia and Frank Sinatra.

In 1983, Fong-Torres joined the San Francisco Chronicle, where he was a feature writer and radio columnist until 1992, when he left to write his memoirs, The Rice Room: From Number Two Son to Rock and Roll, published in 1994 by Hyperion (and in softcover by Plume/Dutton), which reached the San Francisco Chronicle’s best-sellers list. He continues to write the Radio Waves column in the Sunday Datebook.

Ben also edited several anthologies while at Rolling Stone, wrote the main text for The Motown Album: The Sound of Young America (St. Martin’s Press). In 1991, he published Hickory Wind: The Life and Times of Gram Parsons (Pocket/Simon & Schuster). The book was nominated for the Ralph J. Gleason Book Award, and St. Martin’s Press published an updated version of it in fall of 1998.

Fong-Torres has been anthologized in numerous books, including Garcia; The Rolling Stone Film Reader; The American’s Search for Identity; Chink!: Studies in Ethnic Prejudice, and two college textbooks.

In 1993, on completion of The Rice Room, Ben joined Gavin, the San Francisco-based trade weekly for the radio and recording industries, as managing editor. He vacated that post in late 1997 to work on The Hits Just Keep On Coming: The History of Top 40 Radio, which was published by Miller Freeman Books in fall of 1998.

In 1999, Ben published Not Fade Away: A Backstage Pass to 20 Years of Rock & Roll, which was followed by a second collection, Becoming Almost Famous, in 2006. He wrote The Doors by the Doors (2007) and the Grateful Dead Scrapbook (2009). His most recent book is Willin': The Story of Little Feat.

Fong-Torres is frequently called on to emcee community and fund-raising events, and to conduct on-stage interviews at events like South by Southwest in Austin, Texas, and at the Mill Valley Film Festival. He is also known for his impressions of, among others, Elvis Presley and Bob Dylan. Both are featured in one song, "Rainy Day Bookstores," on a CD entitled Stranger Than Fiction, featuring best-selling authors performing music. He is a real-life character in Almost Famous, the 2000 film by Cameron Crowe.